Theo de Boer B.V., a Dutch family company, situated in the heart of the traditional production center for flower bulbs, was founded in 1954 by Theo de Boer. The first customers came from Boskoop and surroundings. The tree nurseries from that area had a great preference to buy goods from, at that time, minor Theo de Boer. Several years later he got assistance from his younger brother Jan. In the meantime Theo was already active in Belgium and Germany and certainly not without success. Not only in The Netherlands he became known, but also in Belgium, Germany and later in Switzerland, the company Theo de Boer gained popularity.

In the early years they mainly supplied seed stores and small flower growers. In the seventies the pre-packaged bulbs played a very important role for garden centers which were developing quickly and Theo de Boer took advantage of the situation. At the same time he supplied more and more the landscapers. Especially this group of customers was very fond of the excellent quality and reliability.

Between 1975 and 1990 the company took over several (smaller) businesses and therefore a moderate growth in sales was realised. In 1991 was the first time the company Theo de Boer entered the French market. It took up to ten years before Peter de Boer, who joined the company in 1988, son and today’s director, has managed to reach a large number of customers. It is at that moment he decided to trade his Austrian floricultural customers for buyers for the French garden centers and park plantation. Today there are still active buyers of the first years who remained faithful to the quality and service that the company has to offer. Buyers belonging to the company are overall large groups of landscapers, many leading garden centers, traditional garden shops (including plant breeders), mail-order companies, distributors to municipalities, supermarkets and do-it-yourself retailers. All together companies that expect products that need to be delivered without any problem and at a moment that they wish. 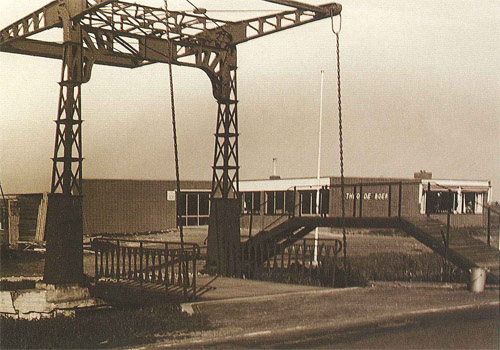